In the monitoring process, it is not only important to know what people are talking about, but also when this conversation takes place. Receiving 2.000 mentions in a day - due to a crisis or a successful campaign - can't be compared to receiving the same number of mentions in a month. For that reason, there exist different sections in Séntisis, in which you will find charts that illustrate the temporal evolution of the conversation.

Its aspect will be different depending on the product:

The Summary chart, in which you will be able to see the distribution of the accumulated mentions of all the sources in a selected period, will be the first one you will find. 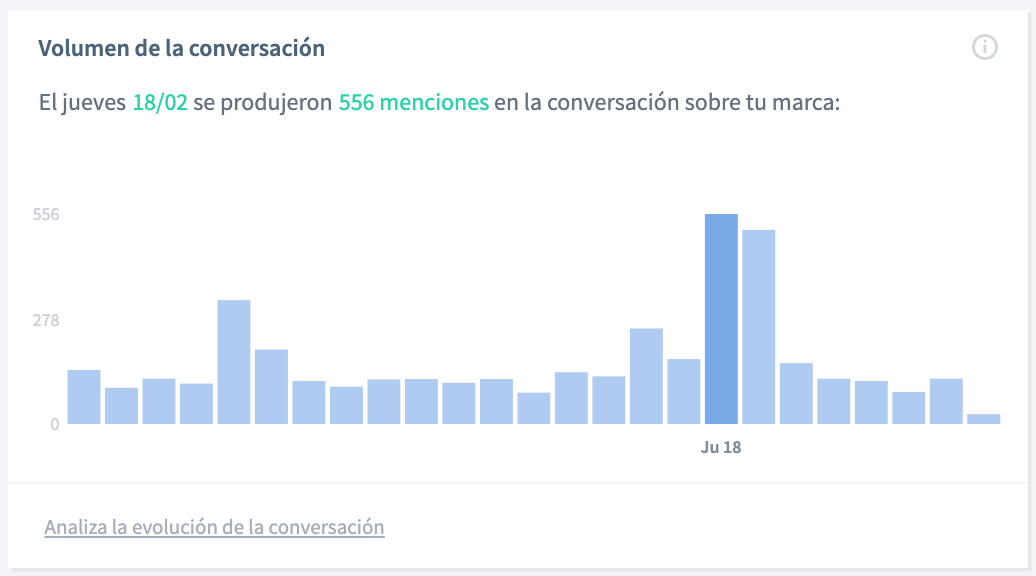 You can access the content of this chart by clicking on 'Analyze the evolution of the conversation' or directly access from Mentions, the Mentions panel, in which you will automatically see the chart of the conversation along with the generated sentiment, will be shown:

You can display the chart according to the sentiment or the source, placed in the right-side selector of the image: 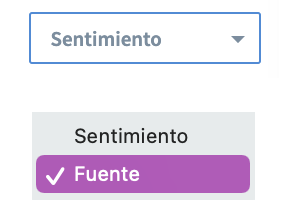 In this section, the evolution of the conversation in accordance with the sources is displayed. The conversation which is more common in the different days of the analyzed period is shown:

In the case of Race, it is necessary to directly access from Mentions. In the chart, you will be able to see the evolution of all the brands as a whole:

You can also independently select the brands, by using the magic search 'Brands', in order to see the evolution of each of them:

You will also find this kind of chart in the section of Categories of the Race product, in which you will be able to display a chart that includes the main themes or display them in accordance with the evolution of the conversation. If you choose a theme or category, the evolution chart, which is downward, will be ruled by the previously-mentioned choice:

What are these charts useful for?

These charts are useful for having a general view of the moment or moments in which the conversation has been focused on - they offer the option of clicking on the most highlighted peaks. In this way, you will be able to directly access the section of Mentions and see why it has taken place.

What other charts are available?

In addition to the previously-mentioned charts, there exist other kinds of charts depending on the data they show:

They show the distribution of the conversation by keeping the sentiment - positive, negative, neutral or unknown - in mind. Its importance lies in the possibility of knowing not only when the conversation has taken the place, but also where a major number of mentions of a sentiment has been produced. For example, in order to know the positive impact of a campaign or detect a host of negative mentions, which can end in a crisis.

Furthermore, this is the default chart in the section of Mentions and Categories of Drive and Explore.

This kind of chart allows us to know in detail what sources are more relevant in specific moments. For example, it is possible that there exists a peak in the conversation but you do nor know in what source this conversation has taken place. It can be due to a successful post in the fan page, a photo in Instagram, a piece of news which has been published in a great number of media, etc. In this way, you will be able to know what source has been the origin of a growth of the conversation in a period of time.

For what else are they useful?

The evolution charts can be a great tool for analyzing the conversation, in order to understand distinct aspects, such as:

Moreover, we can use it along with the Magic Search in the section Mentions. This fact multiplies the analysis options, since any of the applied searcher criteria will update the chart in accordance with these filters.

Remember that you can click on one of the points in order to see the number of mentions in any of the charts. You can click on the number to access the section 'Mentions', which will be filtered according to the brand, sentiment or source that you have selected - negative sentiment in the following example: